In October 2021, my ELNOR coworker and I traveled to the Greek island of Lesvos, just off the coast of Turkey. We met with students, connected with NGO partners, and continued investigating the educational needs of people inside refugee camps.

The island of Lesvos is known around the world as one of Europe’s main reception areas for asylum seekers. Like other so-called “hotspots” in the Aegean, including the Greek islands of Samos, Chios, Kos, and Kalolimnos, Lesvos is located roughly 6-10 miles (9-16 km) from Turkey’s coast. Often by makeshift rafts or small motor boats, people come to Lesvos looking for safety and their right to asylum, as protected by international law through the United Nations 1951 Geneva Convention. 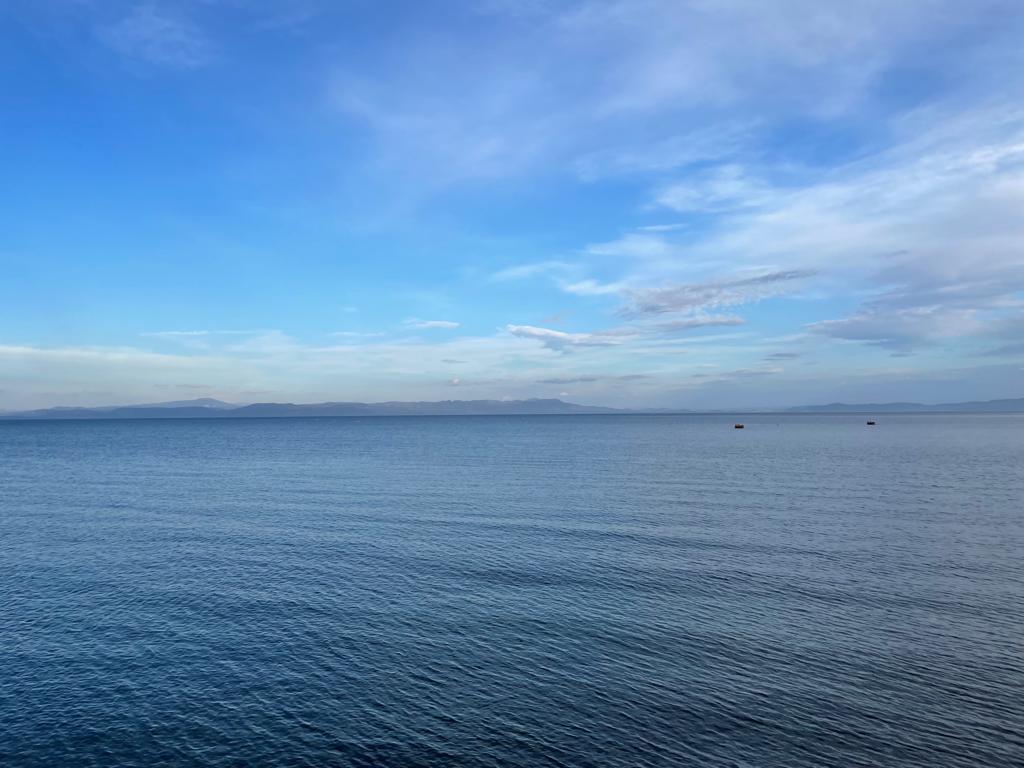 Lesvos made international headlines in 2015-16 when it received hundreds of thousands of people seeking asylum. In 2015, the island received an arrival of 10,000 people in one day alone. Across the board, the majority of people arriving were adults and children fleeing Syria at the height of its civil war. Non-governmental organizations (NGOs) from around the world swarmed the island. Many provided crucial emergency care alongside Greek NGOs and willing locals, which was crucial given the limited capacity of the island. For reference, Lesvos’ capital city of Mytilene is a small port city with a population just under 60,000 (as of 2011). Notwithstanding, some criticism has been raised due to the lack of coordination between local NGOs and international NGOs during this period. 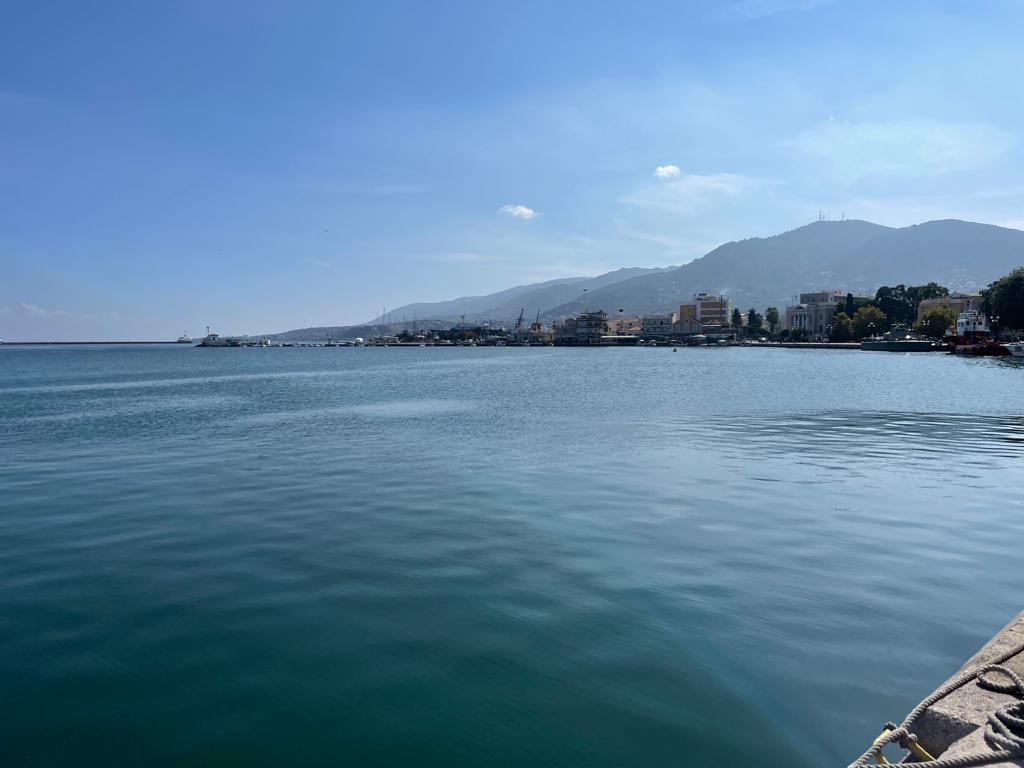 The town of Mytilene’s port.

Today, the situation looks very different from the 2015-16 peak of refugee migration, but many of the same challenges and problems remain. Most people are no longer arriving from Syria, and, instead, in the past few years Afghanistan has been the primary country of origin. According to the Reception and Identification Centre (RIC), approximately 3,011 people are living in the main refugee camp on Lesvos, and of those residents roughly 72% are of Afghan nationality. However, it’s important to note that many of these people either spent several years or were born and raised in Iran as Afghan refugees. Few ever gained the necessary official documents to access Iranian higher education and public services. As one of ELNOR’s Afghan students told us, “I was a citizen with zero rights [in Iran].” The second most common nationality is Somali, representing approximately 10% of residents, followed by 6% from Democratic Republic of Congo and 4% from Syria.

Moria and Kara Tepe were Lesvos’ two major refugee camps in 2015-16. However, Moria burned down in September 2020 after a fire was set inside the camp. While both local residents and asylum seekers sometimes refer to the current replacement camp as “Moria 2” or “Kara Tepe,” the new structure’s official name is Mavrovouni. A few NGOs operate within the camp confines, including Eurorelief and Movement On the Ground. Other NGOs are only accessible by residents’ limited visits outside of the camp. These NGOs operate within small facilities located near the camp. Among those nearest the camp are One Happy Family, Wave of Hope, and Yoga and Sport for Refugees. Other NGOs hold their offices in the port city of Mytilene, including Mosaik, Starfish Foundation, and Wave of Hope’s art gallery. Many locals and former camp residents have explained that Mavrovouni’s conditions are “much better” than the earlier conditions of Moria or Kara Tepe. For ELNOR’s staff, this was shocking to hear given the inhumane situation witnessed at the new camp. 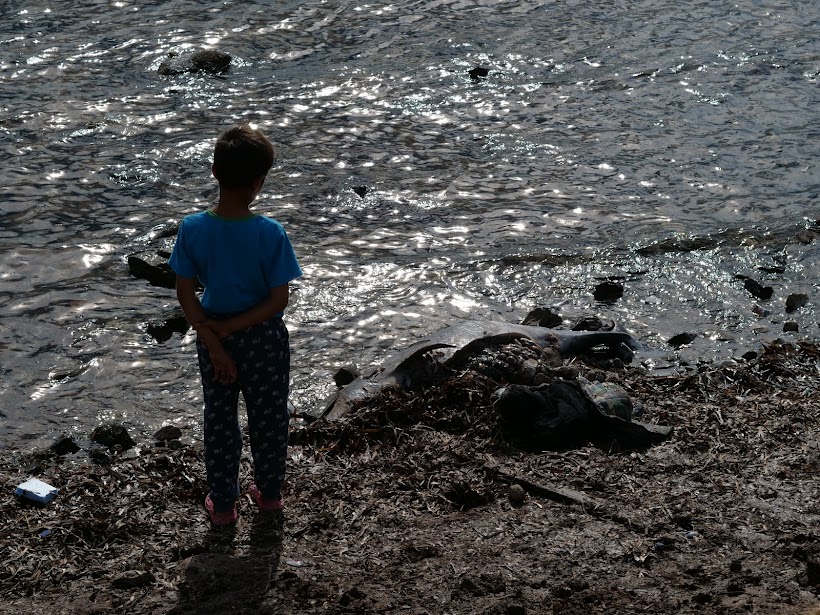 A child inside the camp discovering a dead animal (photo courtesy of Isobel Giles).

We took note of the various structures in which camp residents live. Mavrovouni is a site that currently comprises approximately 33 acres, or 19 soccer fields. From the outside, it appears as an open-air prison. There is also an ongoing expansion of this camp just South of the current structure. A single, inaccessible main gate along a busy coastal highway and thick concrete walls make the situation almost invisible to an interested outsider. Greek government security cordon any entrance points to the camp by land, Frontex monitors the sea, and the perimeter walls are rimmed with barbed wire. What isn’t walled shut faces open to the sea, overlooking the Turkish coast. 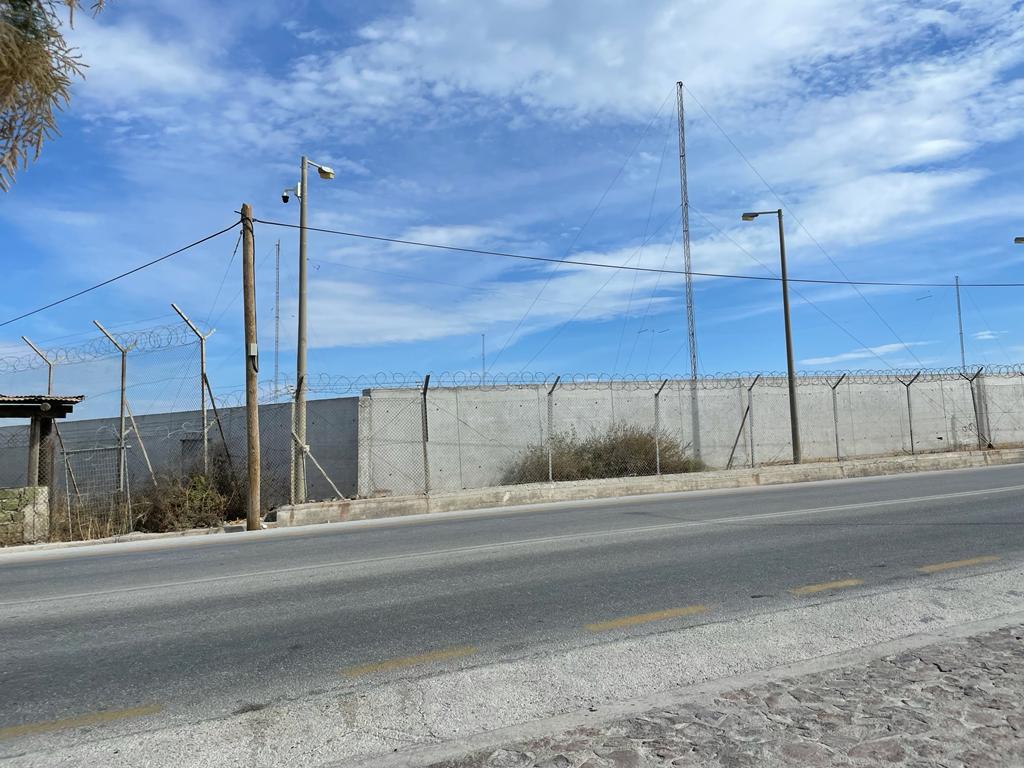 Most of the living structures within the camp are divided into groups based on country of origin. For example, most of the Afghan families live in one area, while other areas host majority Somali or Congolese families. People who travelled without family are housed in large tents labelled either “single men” or “single women”. Some families live in an “Isobox” (a one-room trailer-like structure), but these are mostly reserved for families with medical issues. The rest of the families live in tents made out of UNHCR tarps. Some tents have wooden sides that families have added to the structure, but many don’t have visible re-enforcement. 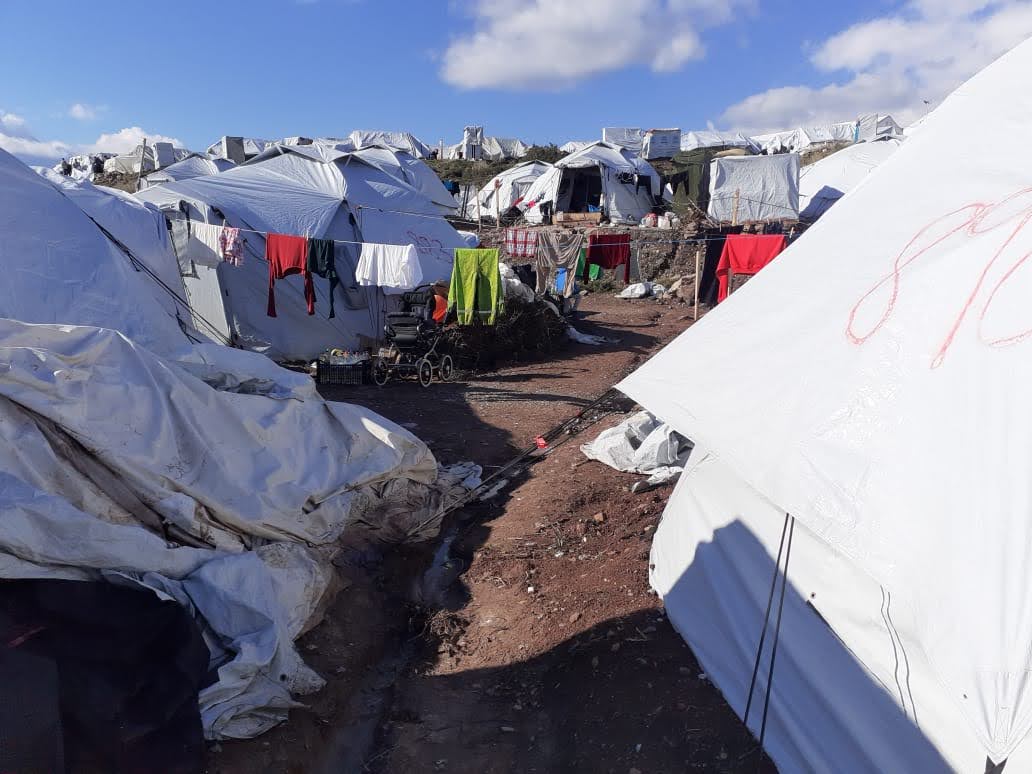 Many of our students explained that most people inside the camp officially can only leave the confinement once a week, if given paperwork, although some people are able to find ways to exit without having their papers checked. When meeting with one of our NGO partners, a woman explained that it is difficult for her to attend her language classes in the capital of Mytilene even when she brings her necessary paperwork to the camp’s exit area. 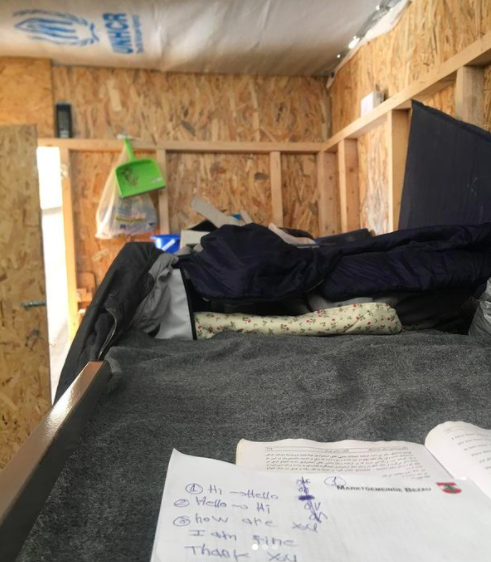 One of ELNOR’s students practicing English inside the camp.

For ELNOR’s staff, visiting Lesvos on this research trip raised serious questions of human rights violations, as have been documented by other NGOs and international organizations over the years, including Aegean Boat Report, Amnesty International, Legal Centre Lesvos, and many others. As we continue to provide our educational programs, we advocate for vastly improved living conditions, access to quality education, and expedient asylum decisions while working towards a system in which refugee camps no longer exist.