This article serves as an introduction to the EU and Turkey deal, briefly explaining its content, aims, and critiques. Additional readings are suggested below to learn more on the subject.

In 2015, an increasing number of people seeking safety and security tried to reach Europe, with a growing number of recorded deaths on the journey. More than 1 million refugees and migrants arrived in the European Union in 2015, primarily coming from Syria, Afghanistan, Iraq, as well as Nigeria and Pakistan (Terry, 2021). Between 2015 and 2016, nearly 10,000 people died at sea trying to reach Europe (Statista, 2021). While the EU member states tried to implement a mandatory “burden-sharing” system to support frontline states and evenly distribute asylum claims across member states, their approach ultimately failed (EURACTIV, 2019). In 2016, the stream of arrivals continued as people sought the safety of residence within EU borders.

In March 2016, the European Council and Turkey agreed on a deal to stop what they called “irregular migration”* from Turkey into Europe. Among the different agreements of the deal, the primary accord would return all people who reached the Greek islands “irregularly” by departing from Turkey (beginning from March 20th, 2016). The two parties also agreed that Turkey would prevent the creation of further “irregular migration” routes from Turkey to Europe and take back any “irregular migrants” found in Turkish waters. In exchange, the EU agreed to speed up the elimination of the VISA requirements on Turkish citizens to enter the EU, and finance the management of the Facility for Refugees in Turkey, which consists of humanitarian and development support to Syrian refugees in Turkey. Importantly, the agreement implied an acceleration of Turkey’s accession to the EU, a process since delayed by fraying relations between European and Turkish leaders. The two parties also agreed on improving the humanitarian situation in Syria, with the EU agreeing to resettle one Syrian refugee in the EU for each returned to Turkey from Greece (Perchoc, 2019). There was no direct representative for the refugees during negotiations.

The deal aimed to drastically cut the number of refugees entering the EU borders and to discourage further entries. Moreover, it served as a display of the bloc’s united effort to curb “irregular migration” on the part of all EU member states (Terry, 2021).

As the deal aimed to reduce both the arrival of refugees to Europe and the number of deaths along these treacherous paths, it has since widely been deemed successful by many member states (Terry, 2021). Since the agreement’s implementation, EU arrival numbers have fallen dramatically and have remained below those of 2016 despite  slight increases in ’18 and ’19. The number of deaths at sea also decreased from 2016 to 2020 (Terry, 2021). 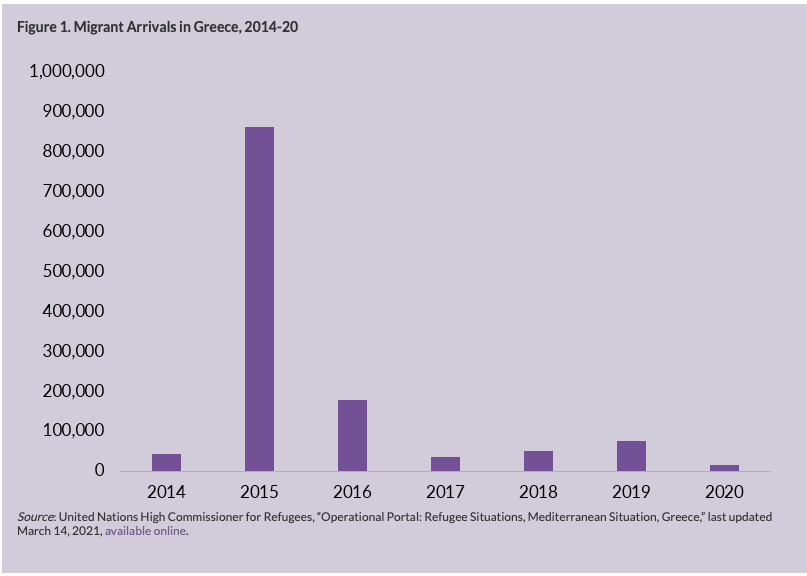 However, according to many organizations, these consequences seem to be achieved at too high a cost. One of the central critiques of this agreement remains the blind deportation of asylum seekers to Turkey without review of their individual asylum claims (Spindler, 2016). This situation would deny a broad swathe of migrants their right of non-refoulement, by deporting them to a transit country regardless of what dangers might (re-)await them there (Spindler, 2016). In 2017, Amnesty International accused the EU of basing the EU-Turkey deal on the false premise that Turkey is a safe country that respects human rights and is able to meet people’s basic needs (Amnesty International, 2017).

The deal was also flawed on the side of the EU. The EU failed to legally and safely resettle refugees arriving in the EU through Turkey, and instead, returned asylum seekers to Turkey without allowing them to access asylum or to appeal (Amnesty International, 2017). As of the beginning 2017, 3,565 Syrian refugees were resettled in the EU in respect to 2.8 million Syrian refugees presently in Turkey (Amnesty International, 2017). Moreover, those asylum seekers who reached the EU were destined to live in inhumane and miserable conditions in Greece, with Greek camps developing into almost detention centres as people arriving were kept there indefinitely by gridlocked EU resettlement redistribution (Choose Love, 2018).

As of 2021 this deal remains alive, with EU Council financial investments still being met for the deal’s maintenance (Kurmayer and Michalopoulos, 2021). In June, the EU agreed to fund the deal with another 3.5 billion euros (Daily Sabah, 2021; Michalopoulos, 2021). However, refugees in Turkey face a recent rise in violence, the culmination of years of anti-migrant and anti-Syrian sentiments in the Turkish public (Yackley, 2021). Moreover, relations between Greece and Turkey have turned tense in the face of renewed maritime disputes and hostilities. Past that, Greek authorities accuse Turkey of forcing migrants into Greece, and Greece has been accused of sending people back to Turkey illegally without allowing them to apply for asylum (EURACTIV, 2021). While Greece has refused the accusations, it seems no one really wants to take responsibility for asylum seekers’ lives.